A historical understanding informs our questions, judgements and decisions about contemporary events

History contributes enormously to a pupils’ understanding of the world and its interdependence, achievements and aspirations.

By engaging with history, pupils understand and appreciate not only the characteristic features and diversity of British society, but of a range of societies, political structures, cultures and beliefs that influenced the actions of people in the past.

A historical understanding is imperative to inform our questions, judgements and decisions about contemporary events and the world in which we live.

We develop lively, enquiring minds that question and construct rational argument, think creatively and independently, and use initiative.

Pupils develop their research, writing, debating and presenting skills; they work independently and in groups, and all pupils are actively encouraged to participate in class discussion.

They learn about key historical concepts such as cause, consequence, continuity, change and development, as well as being encouraged to empathise with the values and perspectives of people in the past and from different cultures and societies.

Above all we teach them to think discriminatingly and critically. We place particular importance on the development of independent thought and analytical skills, and the qualities of perception and judgement, while fostering intellectual independence.

In particular, we help pupils develop the following skills:

History is consistently the most popular optional subject choice at GCSE at The Perse.

When taken
Exams at the end of the two year course; no coursework

Humphrey Jennings (1907-50) was a documentary filmmaker. His work, Pandaemonium, 1660–1886: The Coming of the Machine as Seen by Contemporary Observers, was the inspiration for part of the London 2012 Olympics opening ceremony

In Year 8 pupils focus on the 16th and 17th centuries, with topics including the German Reformation and the importance of Martin Luther, Henry VIII, the Spanish Armada, Gunpowder Plot and the English Civil War.

In Year 9 pupils study British history from 1750 up to the end of the Cold War in 1990, focusing on events such as the British Empire, the suffrage movement in Britain and the key events and consequences of the First World War and Second World War. Pupils will also study the events of the Cold War and the civil rights movement in the USA, offering a comprehension of European and World history in the twentieth century.

We encourage pupils to deepen their grasp and enjoyment of history with independent study. Each term we set tasks for pupils who would like to go beyond the curriculum, from considering whether the veneration of Becket is justified to identifying key figures in the campaign to abolish slavery. We provide articles, books and information about upcoming historical documentaries or films, as well as discussing current affairs and their historical context.  Essay competitions provide the opportunity to write articles for the Middle School History Magazine and encourage and prepare students to enter national essay competitions.

An extensive programme of trips are offered which include visits to Berlin and the First World War battlefields. Year 7 pupils enjoy an annual trip to Northumberland to visit Hadrian’s Wall, Roman Vindolanda, some of the Northumbrian castles and Beamish Museum. During the Easter holiday Year 9 pupils have the opportunity to visit key First World War sites in Belgium and France. This provides pupils the opportunity to extend their knowledge and understanding of some of the key events of the GCSE course.

We also run day visits to local museums and historical sites, such as Castle Mountfitchet, the IWM Duxford, Bletchley Park and the American War Cemetery at Madingley.

The History Society meets every two weeks and is available to all year groups. The Society runs a range of different activities, including guest speakers, pupil presentations and even a recent pop-up museum in which teachers and pupils were encouraged to bring artefacts from home. The Society is well attended and is run by the department’s History Ambassadors. In years 10 and 11 there is also a History Book Group in the Lent and Summer terms, which offers pupils an opportunity to take their interest in the subject further by reading and debating works such as More’s ‘Utopia’, Harris’s ‘Imperium’ and Solzhenitsyn’s ‘One Day in the Life of Ivan Denisovich’. The History Department will also regularly support events in Cambridge, such as the History Festivals at Wimpole Hall.

Helping pupils stay positive during lockdown at The Perse

The 11th and final day of the #historyadvent quiz is a toughie...can you name all four?! 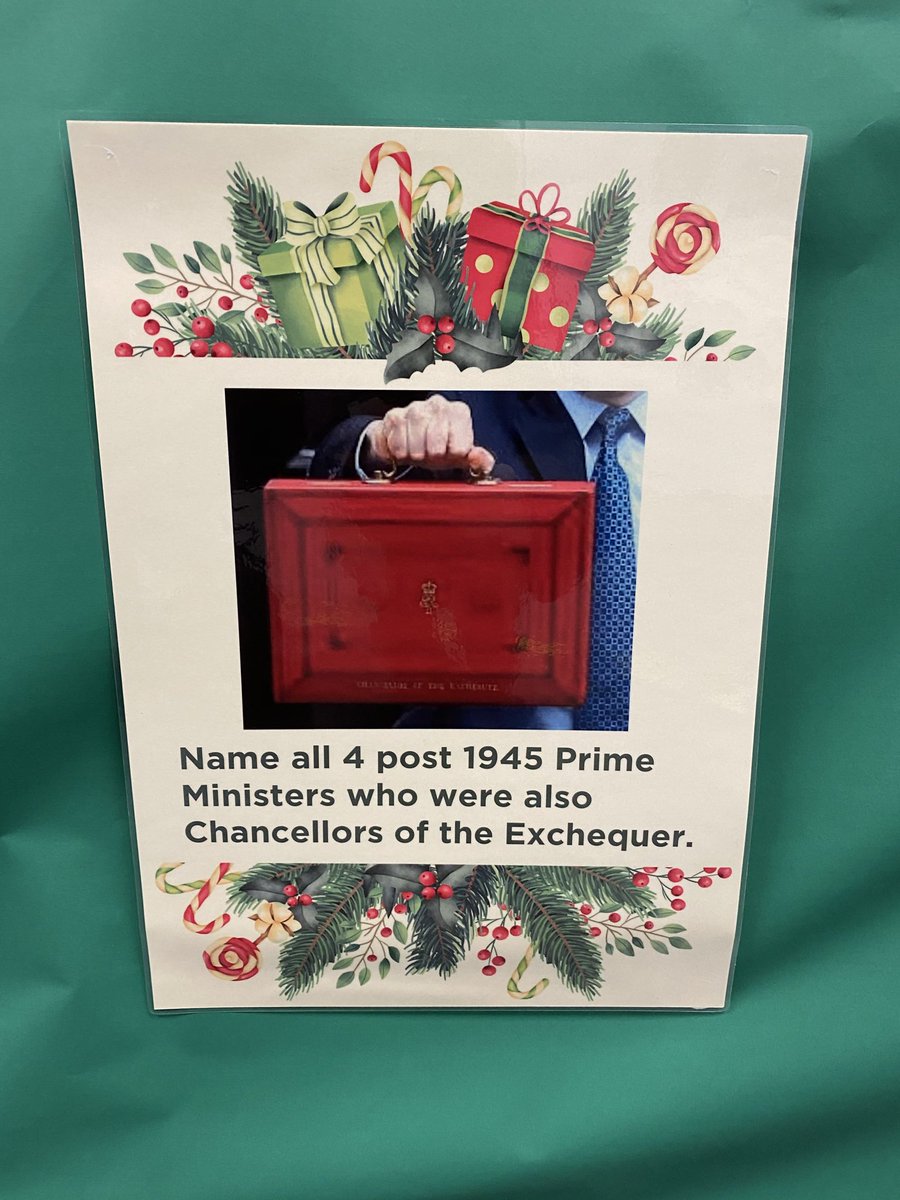 To be ignorant of what occurred before you were born is to remain always a child. For what is the worth of human life, unless it is woven into the life of our ancestors by the records of history? Marcus Tullius Cicero