'History', as an intellectual pursuit, began in the ancient world, and its ancient application remains every bit as relevant and engaging as its modern counterpart

History, as a word and discipline, traces its roots back to Herodotus of Halicarnassus’ great work on the Persian Wars back in the fifth century BC, a work which he called ‘historia’ (literally ‘research’ or ‘enquiry’).  The value of investigating key events from the past was obvious to Herodotus and later ancient historians, who justified their works variously as a way of preserving societal memory, learning from past experience, and broadening their understanding of the world around them. Such justifications relay the striking modernity of ancient Greek historical thinking, and the continued relevance of this subject as an essential part of a liberal education.

Ancient history as a subject is all about perspective, both in terms of context and authorship. Astonishing ancient works tell colourful tales about very different peoples and places, whilst relating timeless truths about the human condition (‘human nature being as it is’, as Thucydides remarked) and the limited nature of historical evidence. As a subject based heavily on textual analysis of ancient sources, ancient history provides the perfect preparation for anyone looking to develop their ability to evaluate written accounts, and thus vital training for the world of fake news beyond the classroom.

Starting as an option choice in Year 9, students who take ancient history will have the opportunity to study famous and significant figures from the ancient world, as well as how the ancients organised and governed their societies and attempted to deal with socio-political inequality, a topic which is just as critical today as it was two thousand years ago. At GCSE, students then proceed to study a range of courses that provide a wide variety of different ancient contexts and primary materials, with units on the Persian Empire, Cleopatra’s Egypt, and early Rome from monarchy to republic.

Ancient history combines brilliantly with other humanities subjects, such as history, PER, and geography. It is, of course, also a natural companion to the study of classical languages, regarding which the school has a long and prestigious history.

When taken
Two exams at the end of Year 11. Controlled assessment task worth 25% in Year 10

Dr Jerry Toner, a fellow at Churchill College, expert on Roman social and cultural history, and author of several recent popular histories about the ancient world

An overview of the ancient Greek and Roman worlds. The course lays foundations and develops skills for the GCSE course that pupils can follow in Years 10 and 11.

What will I study?

In short, to study ancient history in Year 9 is to develop an overview of some of the most important events and individuals in world
history between 500 BC and AD 500.

What kinds of things will I do in lessons?

All you need is an interest in the past!

What sources will we use?

We will look at texts (always in English translation), as well as archaeological evidence, which helps us piece together an impression of the ancient Greek and Roman worlds.

Note: There is no significant overlap between this course and Latin, Gratin or history in Year 9.

Does it matter if I have not done ancient history before?

There is no prior experience necessary for ancient history!

How big are the classes?

Normally, the class size for an ancient history class would be between 20-25 students.

We give students a good flavour of ancient history during their Latin lessons in Years 7 and 8, focusing on Pompeii in Year 7 and Roman Britain and Egypt in Year 8. Pupils can choose to study an introductory ancient history course during Year 9 before embarking upon the GCSE course in Year 10.

Our Year 9 ancient history course provides pupils with an introduction to the ancient Mediterranean world. Pupils will learn about key individuals such as Alexander the Great and Julius Caesar, before turning to focus on how ancient Greek and Roman society functioned. The course will end with an in-depth exploration into Boudicca’s rebellion, which will give students a preliminary insight into ancient British history. Through being exposed to source analysis and other necessary skills, pupils will be given a good foundation from which to continue the subject for GCSE and beyond.

The GCSE course starts in the September of Year 10, and those who have taken the Year 9 course (or have other experience of classical study) will be best placed to make a success of the subject, although in some circumstances pupils can begin their study of ancient history at this stage. Students do not need any knowledge of Latin or Greek, as all textual sources studied are read in English translation.

We set half-termly suggestions for pupils who would like to go beyond the curriculum, from looking into how the ancient sources have been adapted by reading a historical novel, to considering what in our era would count as a source for future historians.

We run trips to local museums and to archaeological sites in the Mediterranean.  In recent years we have visited Sicily, the Bay of Naples, Greece and Rome, exploring the ancient world through sites and museums, discovering modern culture and learning about the geography of each area.

Some talks are organised by our 42 society, such as a lecture on ‘How spartan were the Spartans, really? by Professor Paul Cartledge, A.G.Leventis Professor at University of Cambridge, while some are given by students, perhaps as part of their EPQ, such as a presentation assessing evidence that the ancient Greeks had post-traumatic stress disorder.

Lyceum is the classical society for Years 9 to Upper Sixth and is run by Sixth Form students. Named for Aristotle’s famous philosophical meeting place, the society meets weekly to present, discuss and debate the relationship between the classical and modern worlds, exploring the work of authors, artists, politicians and film makers. 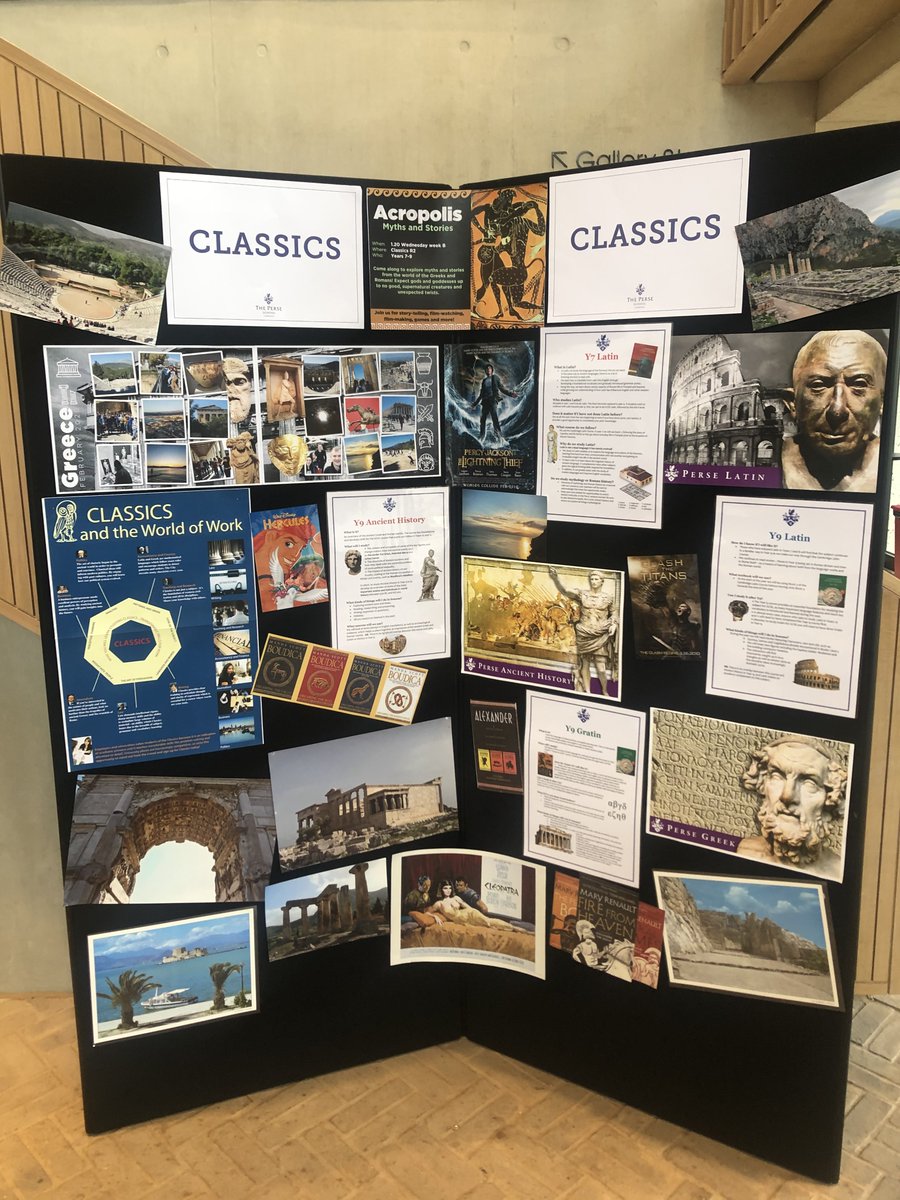