Promoting expression, fluency and confidence
- on stage and off

Performance is central to our drama philosophy. Pupils have regular opportunities to take part in rewarding and challenging productions in every year group, helping develop their appreciation for the performing arts as well as poise in public speaking.

Experience of theatre and the skills developed through improvised and scripted performance help to enrich our pupils’ creativity and confidence. The skills gained in drama permeate many areas of school life and beyond. Our pupils explore the diverse aspects of performance and develop self-confidence and team building skills crucial for success in future life.

The skills learned in drama are used extensively across the curriculum. For example, pupils might use role-play and improvisation to explore a dilemma in PSHE. We encourage them to use dramatic conventions to access sometimes complex and meaningful personal issues. When studying history or geography, we ask pupils to view a situation through the eyes of the various participants, giving them an insight into past events and human responses, and enabling them to predict possible occurrences in the future.

All the world's a stageWilliam Shakespeare

All year groups study drama, and it is linked directly to the English curriculum, using the objectives from the National Literacy Framework.

We aim to nurture pupils’ listening skills, to develop their fluency in the spoken word and understanding of body language and to instill coherent story telling using the full range of narrative arts, including written and oral storytelling and individual and collective story making.

We explore the use of costumes, props, scenery, lighting and sound effects, utilise a variety of dramatic forms and develop an understanding of the relationship between audience and players.

The drama curriculum is separated into three strands: drama skills, script work and improvisation; in each year we develop all these key aspects through termly projects. For example, Year 5 pupils begin the year creating and maintaining roles through an improvised story, developing characterisation techniques and improvisation skills. In the Lent Term, they look at the use of mask in theatre and put on a mask performance. In the Summer Term, they rehearse scenes from a play, to develop their teamwork and directing abilities.

Pupils experience live theatre in local and national venues. In addition, visiting theatre companies also bring productions to the School and theatre practitioners from a variety of disciplines host workshops. Pupils get involved in making props and scenery for their own shows.

We have several drama clubs including Year 5 Centre Stage club: a weekly after-school club that puts on two performances per year; and  – for younger pupils – drama clubs, where games and activities develop skills.

Year 6 pupils take part in the Shakespeare Schools’ Festival – an annual celebration of Shakespeare’s work in which hundreds of schools from around the UK take part.  This festival gives children the opportunity to explore Shakespeare’s works in a professional theatre venue, with a paying audience. In recent years, Prep pupils have performed The Tempest, Twelfth Night and Macbeth at the Mumford Theatre in Cambridge. Performances now take place at the Peter Hall Performing Arts Centre at the Upper School site, which now hosts the festival in Cambridge. Unusually for children of this age, our pupils used the secondary school version of the script, which features original Shakespearean language.

Congratulations to the winners of the Perse Prep Poetry Competition! 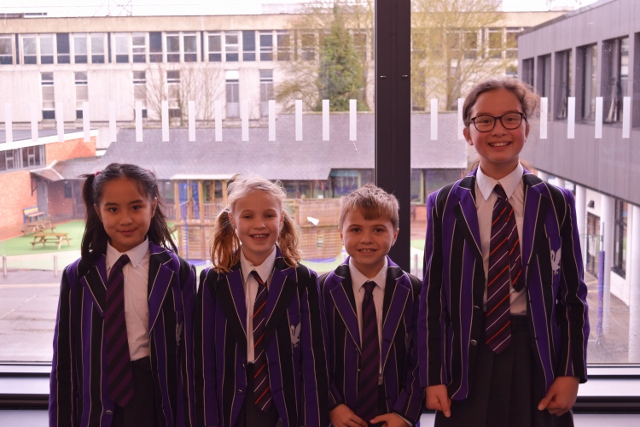