The Rev Dr John Polkinghorne KBE FRS is a theoretical physicist, theologian, writer, and Anglican priest. Pre-eminent in examining the relationship between science and religion, he was professor of Mathematical Physics at the University of Cambridge from 1968 to 1979.

After leaving The Perse, Polkinghorne completed National Service in the Royal Army Education Corps from 1948-49. He went on to study Mathematics at Trinity College, Cambridge, where he graduated in 1952 as the top undergraduate in his year. He completed his PhD in Physics in 1955, before accepting a postdoctoral Harkness Fellowship with the California Institute of Technology.

He lectured at the University of Edinburgh from 1956 – 1958, before returning to teach at Cambridge. In 1968, Polkinghorne was made professor of Mathematical Physics at the University, a position he held until 1979, when he resigned to take up theological study at Westcott House.

Polkinghorne became an ordained priest in 1982 and worked in Bristol and Kent, before returning to Cambridge as Dean of Chapel at Trinity Hall in 1986. In that year he also became the president of Queen’s College, a position which he held until his retirement in 1996.

In 1997, Polkinghorne was made a Knight Commander of the Order of the British Empire (KBE); and in 2002 was awarded the Templeton Prize for his contributions to research at the interface between science and religion.

We've been taking a look at @PerseCricket through the ages. Here's the 1st XI from 1925. See more on Alumnet: https://t.co/45v5FzR3UA #throwbackthursday 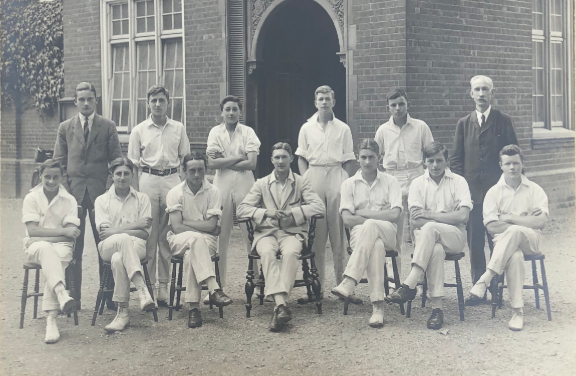